Many thanks to Ian Turner of the Great War Forum for this superb colour rendition of an old black and white photograph I have.

Charlie Gibson was my Granny's only brother, he was employed by the Lothian Coal Company as a surveyor. A quite and very likeable lad by all accounts he was raised in Newtongrange but moved from The Square to Easthouses Pit Managers house as my Great Grandfather Alexander Gibson was the pit manager. He joined up in April,1918 and went through his basic training at Cromarty before being sent to France in the August of that year, He was pitched into action immediately as part of the 'Last 100 Days' offensive. Details are sketchy but he seems have been wounded in the hand and crucially in the thigh. The wound appeared to heal well at first but he contracted blood poisoning and would die on the 23rd October,1918 in his 20th year. My Granny would never really recover fully over the death of her wee brother. Below is a photograph of Charlie on his last holiday in Burntisland, Fife and a page from the Parish news giving details of his death. 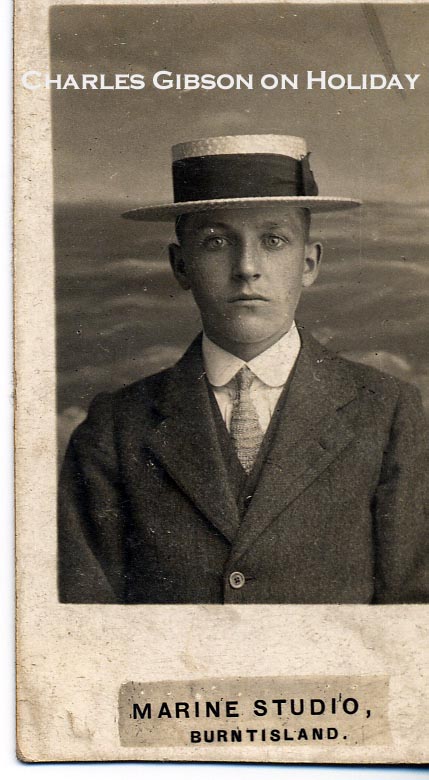 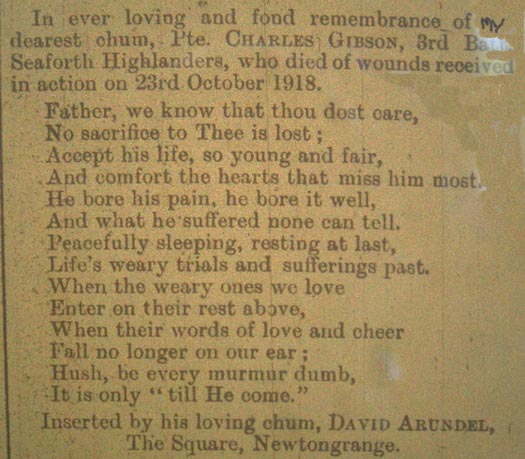 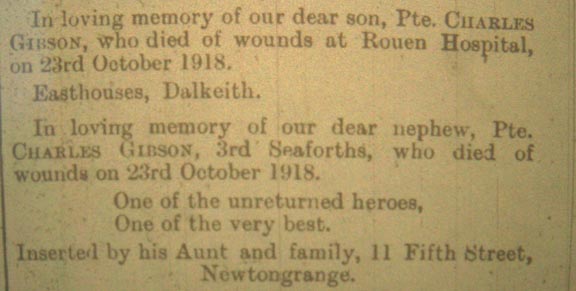 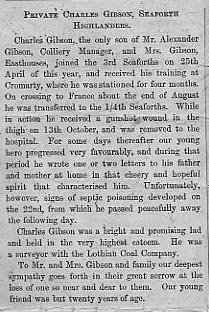