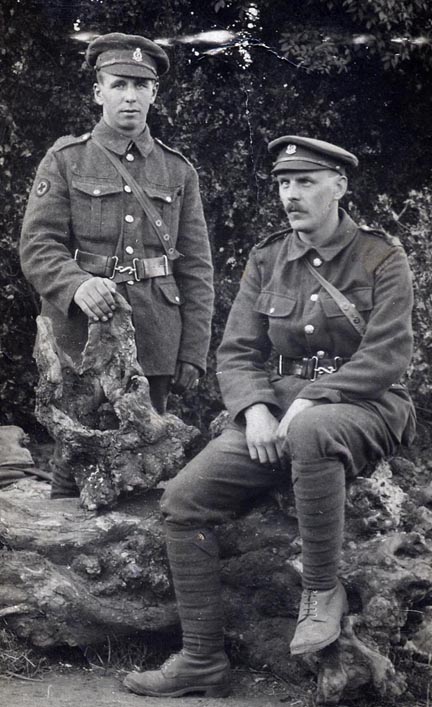 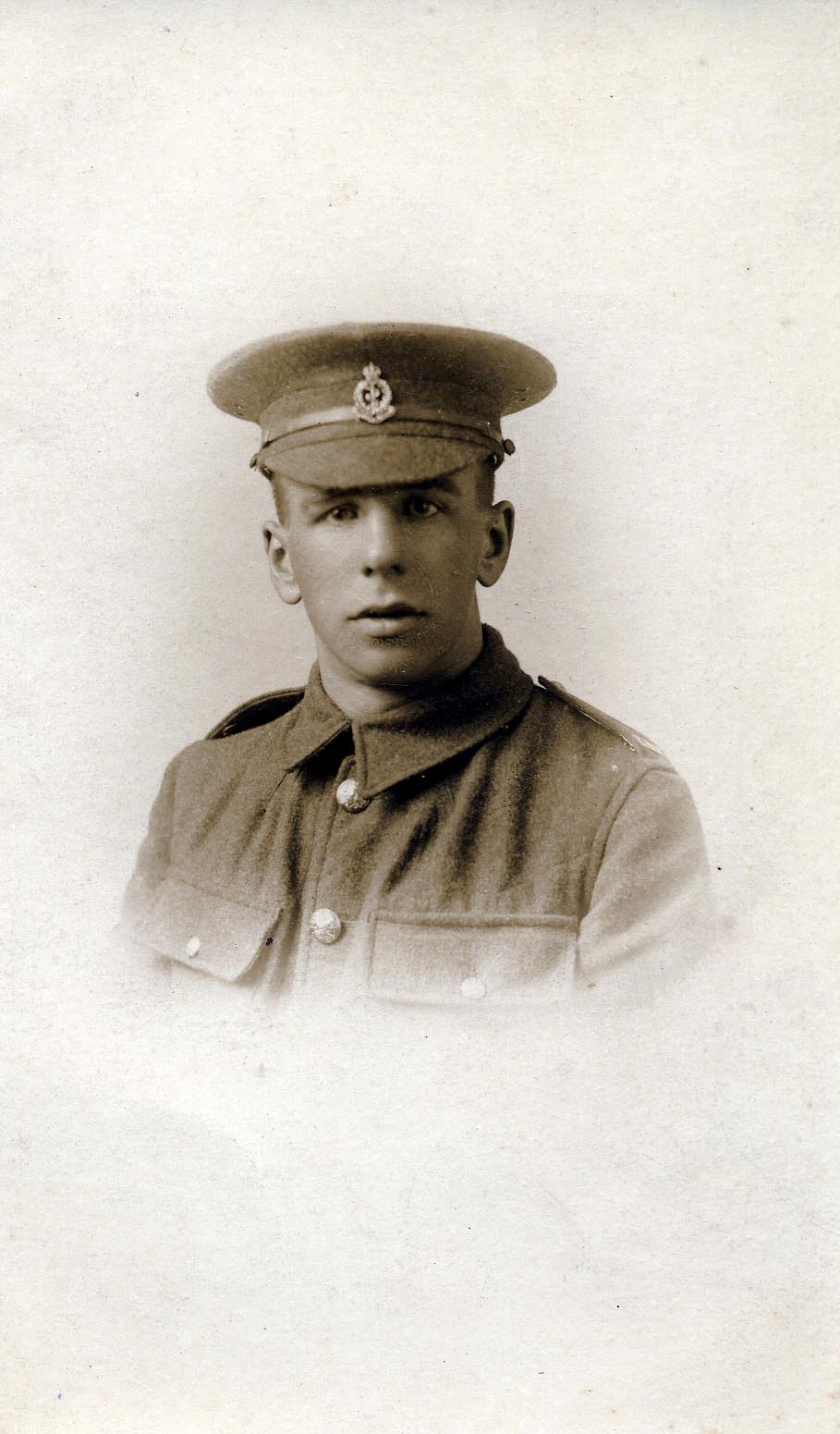 The difference in these pictures is quite stricking, there is a fair bit of war weariness evident in these photos taken less than a year apart.

Private 64457 John Duncan, Royal Army Medical Corps, (Left in picture) or as I prefer to call him Grandad. My Grandfather enlisted in 1915 as part of Lord Kitcheners New Army, unfortunately his army service record was destroyed during the blitz of London in WW2. However from what I have been able to piece together it would appear that he served with the 102nd Field Ambulance which was attached to the 34th Division which consisted of regiments from all over the country but including the 15th and 16th Royal Scots.

They saw heavy action from Nov 1915 through to the Armistice including the Battle of the Somme, 3rd Ypres (Passchendaele) and Messines 1918 amongst others.

My Grandad did not speak much to either my Granny or my Dad about his wartime service, I think he saw more than enough horror to fill a dozen lifetimes. He done his basic training at  Llandrinod Wells in Wales and was gassed in 1916 where lost his eyesight for several weeks, during this time he was cared for by a French family , I know he was forever  grateful for the kindness they showed him.

He was demobbed in 1919 and continued his career as a baker marrying my Grandmother in 1923 and setting up his own business in Newtongrange. My father Alex was born in 1937 but already my Grandad's health was starting to deteriorate due to his gassing and heavy smoking. He died in 1951 aged 56 and I never met him ,one of  biggest regrets.

My Grandad had 5 brothers 4 of whom it appears saw action during the great war William was a sapper with 183 Tunneling Company, Royal Engineers, James was in the 9th Royal Scots , Robert was in the Gordon Highlanders and David the Royal Army Service Corps.  Thomas was unable to serve after losing his eyesight in an accident at the pit. 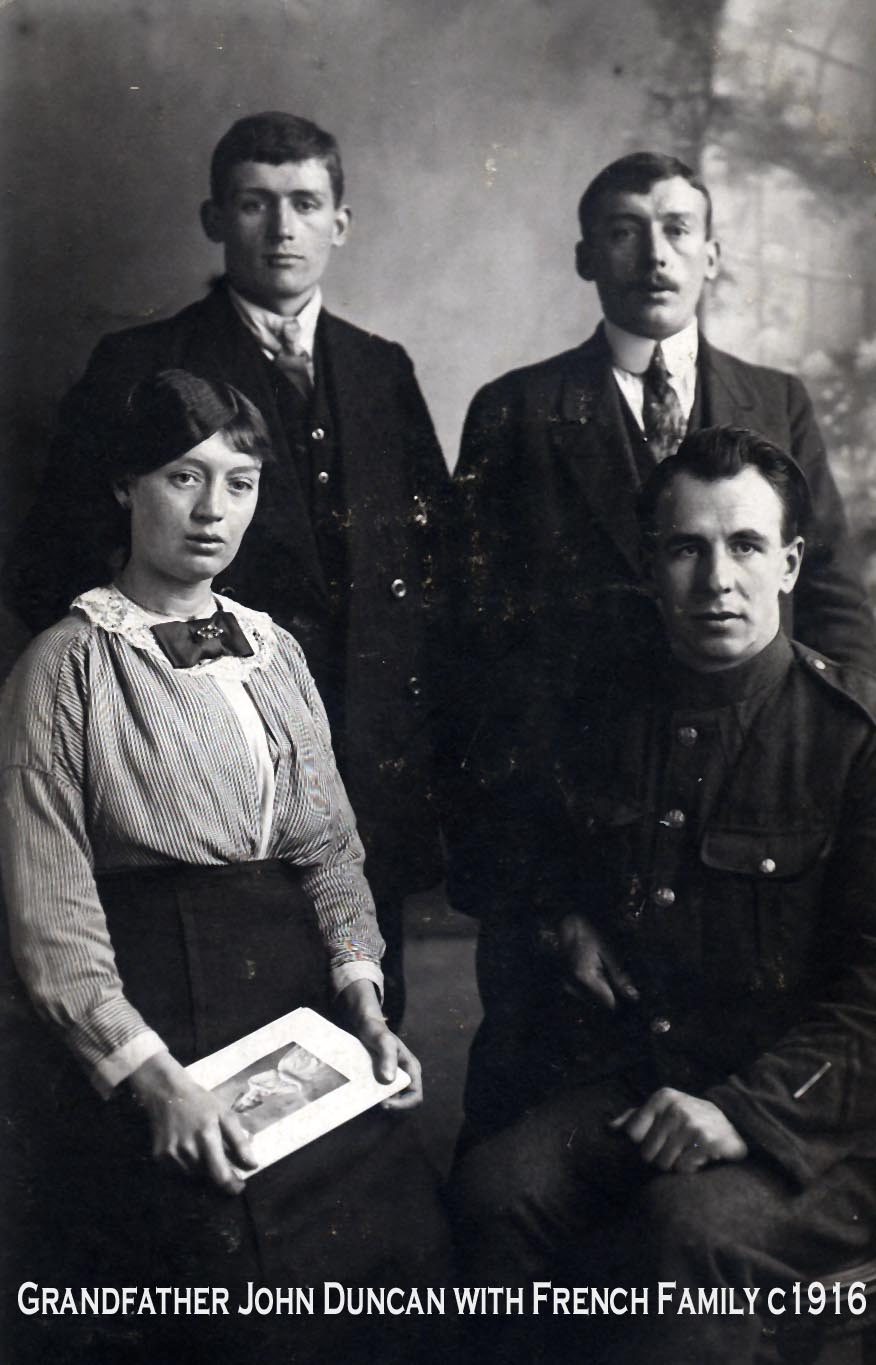 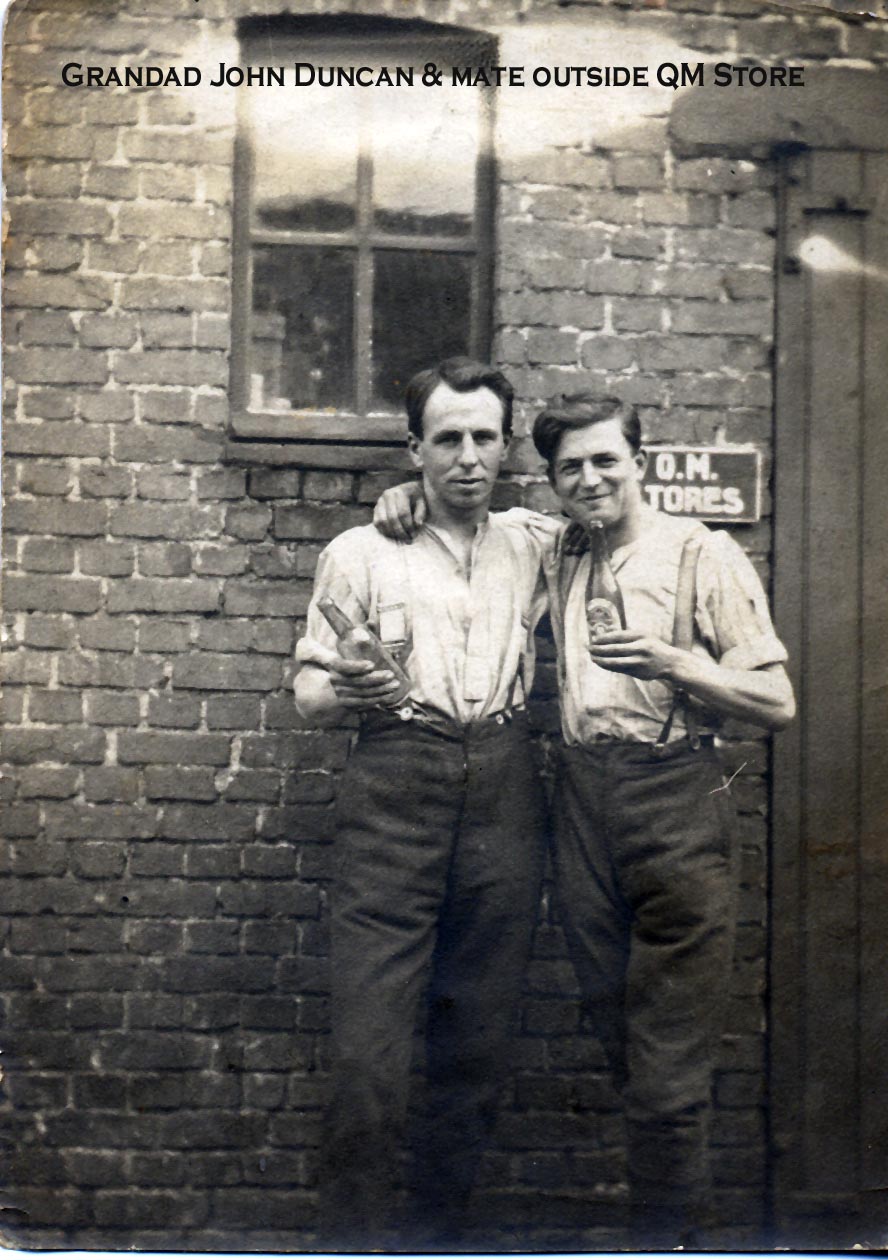 This picture was taken in 1918 , judging by the expressions it may even have been on Armistice Day.