Born in Newtongrange , he immigrated to Australia along with his cousin (who also served in the AIF) to the coal mining village of Kurri Kurri in New South Wales, where he would sign  up in 1915 and serve his adopted country. 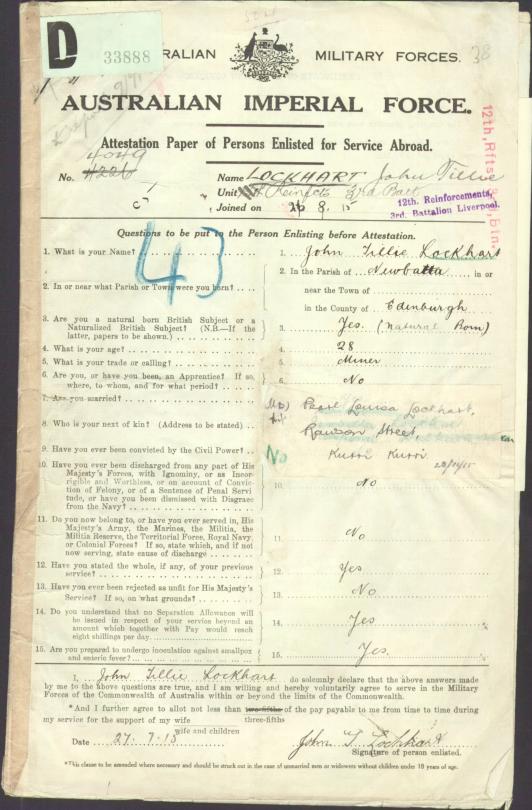 Below is a copy of a letter sent out following his death. 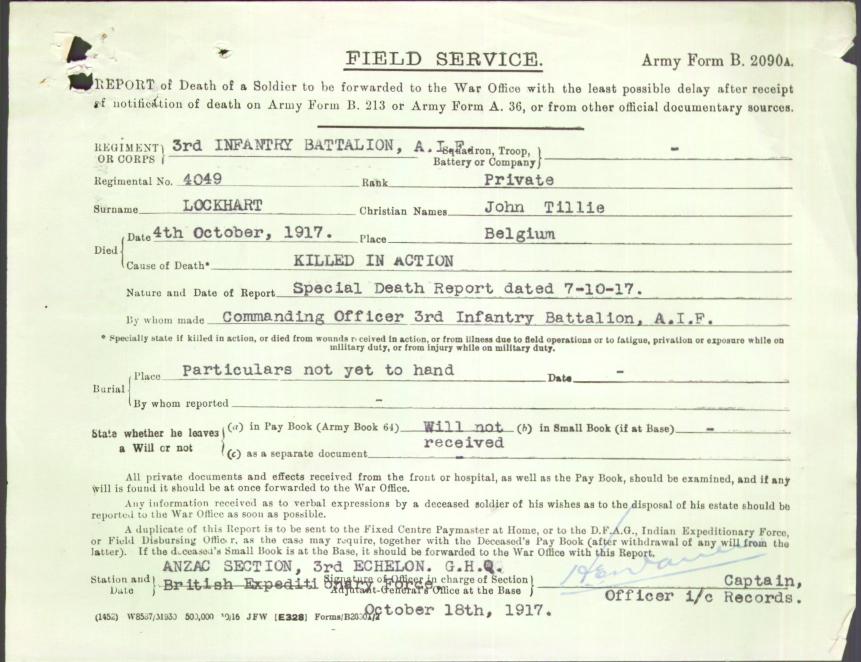 In a story that now spans three continents,John would leave behind a widow , Pearl  and his little girl, here is a picture of them together just before his embarkation.

Now nearly 100 years on three members of Newbattle at War have discovered that they are related to John. Helen Szafer, Gordon Smith and Aileen Smith whom I am grateful to for supplying these photographs.

My wife is also a distant relative of the Lockharts.

The similarity between the Miners memorial in Kurri Kurri and Newtongrange is quite striking. The first photo is prior to the renovation of the memorial and it's remount on a more impressive plinth. Last year 2009 saw the miners officially commemorated for the first time, thanks in part to my father Alexander Duncan who was a miner himself. The wreath was laid by an ex Bevan Boy who was posted here in WW2. he married a girl from the village and stayed in the village he grew to love.

Dedicated to all mineworkers